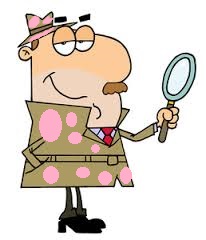 Hi Everybody;
The Gateway Editorial on October 6 was about finding real facts.  Our citizens group submitted a letter for consideration to the editor, answering those concerns.
The Gateway has said they will not publish our letter.  We are sending our letter to you directly.  Just so you CAN have the facts.


("Be Careful Where You Look For The Real Facts"  Oct 6, Gateway)
Hi neighbors,
Citizens for the Preservation of Gig Harbor is a BIG fan of verifying information and supporting documentation.
When you read a letter from us in the Harbor Life newspaper rest assured that overwhelmingly maybe 9 times out of 10, Harbor Life has asked us to supply supporting documentation for information contained in our letter.
Here's an example of our documentation regarding the proposed loss of single family residential zoning downtown.
The city has 15 proposed zoning changes for downtown in The Harbor.
Those proposed 15 changes are listed on the city website.
The city has a zoning map showing a large portion of downtown, The Harbor, as R-1, single family residential zoning.
The GH Municipal Code states.
"17.16.010 Intent.  An R-1 district is intended to provide for low density, single-family residential development."
Item #7 of the proposed 15 zoning changes states "• In The Harbor area, permit outright Accessory Apartments"
When accessory apartments are outright permitted throughout downtown, including single family residential zones, there would be no more single family residential zones...that zoning use would be eliminated.
This proposed zoning change increases the density of housing and cars .  Our small town fishing village atmosphere could further be impacted.
Feel free to contact citizensforgigharbor@gmail.com with your questions.  We actually reply.
Always investigate for yourselves.

We are sorry the Gateway chose not to publish these facts.  They are quoted here directed from city documents.
Stay dry and safe!!!!!

Citizens for the Preservation of Gig Harbor﻿ ﻿ ﻿LLC C4GH: Citizens committed to making Gig Harbor better than we found it! JOIN US!! Sign up for email: citizensforgigharbor@gmail.com
http://citizens4gigharbor.blogspot.com/ Give us a "like" on Facebook https://www.facebook.com/Citizens4GigHarbor
Mayor and 4 council seats up for re-election in 2017!
Posted by Unknown at 3:16 PM No comments:

A safer Gig Harbor Community for all!


Chances are the developers know about this and they will be speaking.


The city says they want your opinion on residential fire sprinklers.


Here is the history.


In June our fire department made a presentation to the council to upgrade fire safety.


..  A video showed 2 rooms on fire.  One room had fire sprinklers the other did not.  In 2 minutes time the room without sprinklers was fully engulfed, no survival.  The room with sprinklers sustained minor damage.  More important life and property were saved.


...the GH Comprehensive plan says developers do not have to use the best quality material, it only has to look good.  Non natural materials burn more quickly and give off more toxic gasses. Materials inside homes burn quickly with toxic fumes.


.....sprinklers save water and the environment.


The recommendation from our fire department was to put fire sprinklers in the building code for NEW construction of single and 2 family houses ONLY  (New construction of multi family units have fire sprinklers). ..... The estimated cost would 1%.
1% for saving the lives of healthy, non healthy, young, mature folks, animals and property.  Making it safer for our firefighters and saving water resources and the impact of fire to the environment.


After the fire department presentation....
.... the developers spoke.


Olympic Property Group, Rush Construction, other developers and the Master Builders Association ( WA state lobbying group)
They did not dispute the saving of lives or resources.


Then came the council vote:


Council member Arbenz said "not that many people had died".  He was concerned about the developers profits.  He voted against safety and in support of developers profits.  The majority of the council supported developer profits over the safety of our community, respect for property, environment and our firefighters. October 10 5:30 PM City Council Meeting  PUBLIC HEARING   (as of 10/10 8am there was only a draft agenda online..things could change.)


The proposal Oct 10th  is to require fire sprinklers in NEW single family and duplex homes ONLY.  When you look at the agenda materials it appears the developers have said they will not stand in the way of sprinklers as long as the city does not charge the developer fees. http://media.avcaptureall.com/session.html?sessionid=8fd0f4f6-2ad7-44d0-ab36-13ef15b1b578
The agenda material from the city administrator could indicate developer fees as high as $9,100.00.  Who will pay those fees?


We need a safe community. Fire sprinklers are a good thing.  It is the job of our fire fighter heros to keep us safe.  When their hands are restricted because this city council puts the profits of developers before the safety of our community, that is not right.  Developers need to pay their own fees.


The Council is waiting to hear your thoughts:  Molly Towslee  towsleem@cityofgigharbor.net
Thanks for sharing!!

Citizens for the Preservation of Gig Harbor﻿ ﻿ ﻿LLC C4GH: Citizens committed to making Gig Harbor better than we found it! JOIN US!! Sign up for email: citizensforgigharbor@gmail.com http://citizens4gigharbor.blogspot.com/ Give us a "like" on Facebook https://www.facebook.com/Citizens4GigHarbor
Mayor and 4 council seats up for re-election in 2017!
Posted by Unknown at 9:19 AM No comments:

15 downtown changes to be discussed. Did you know about this? 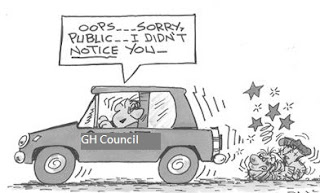 15 Downtown Zoning Changes to Be Discussed on Oct 3.


The public is urged to attend the Gig Harbor City Council Work Session on October 3, 5:30 pm. On the agenda will be the further destruction of our small, historic, charming and unique downtown.


The Mayor and City Council set up meetings to discuss rezoning downtown. The public was barred from attending. No recordings were made of these meetings.


The Planning Department specifically invited some groups to comment. Everyday citizens did not receive the same invitation.

The results of these secret meetings were 15 trumped up zoning changes for downtown Gig Harbor. One zoning change would eliminate singe family zoning in ALL of downtown.


Another of these trumped up changes would rezone the Haub property. This property is home to our Gig Harbor Heron colony.


The Haubs want to sell this property. This civic-minded family ignored an offer from Citizens for Gig Harbor (C4GH) and a land conservancy group to purchase this land to be used as a park.


The Cheney family wants to purchase this property but the current zoning does not bring in enough money for them. They want to clear cut the trees on this property, and add 35-40 residential units.


The Cheneys generously donated $25,000.00 to the mayor’s favorite non-profit. If the council votes for the zoning change, the Cheneys might donate the big Egg building to the city. Sea level rise and the Shore Line Master Plan could cause this building to sink or not be viable. What a deal! 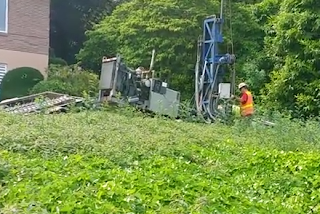 The Haubs and Cheneys want you to know there are no herons. In their greed to pave paradise and develop, the Haubs and Cheneys hired a drilling company. That drilling produced high squeals of noises for over an hour. Herons cannot survive this type of noise and fly away.


The video of this noise activity brought the state biologist to Gig Harbor. She told the Haubs and Cheneys to stop harassing our herons. The biologist will return in April to see if the city symbol of Gig Harbor, herons, are able to re-establish their heronry.
270 + new added cars


This Cheney property could add 70 cars downtown. Add another 200 from the Judson redevelopment for a gridlocking number of 270 additional vehicles at Judson/Soundview/Harborview Drives.


The Olympic Property Group (OPG), developers of Judson Street, said there will be no grocery stores on Judson. OPG told Gig Harbor citizens to get rid of their cars.


Pierce County told Gig Harbor there will be no new buses if citizens get rid of their cars.


The Olympic Property Group, Haubs and Cheneys do not live in the area they intend to destroy.  The folks who live in Gig Harbor neighborhoods deserve more say than developers who are here to suck it dry.


The City Council is waiting to hear if you want downtown protected.
You can send 1 email to Molly Towslee and she will forward to the entire council.
Email them today at  towsleem@cityofgigharbor.net

Here are the proposed zoning changes for downtown Gig Harbor.

Here's a little recap of the Building Committee meeting on August 29. Here’s a little recap on the Planning Commission’s report to the Council Building Committee of August 29.
What we know!

Citizens for the Preservation of Gig Harbor﻿ ﻿ ﻿LLC C4GH: Citizens committed to making Gig Harbor better than we found it! JOIN US!! Sign up for email: Citizensforgigharbor@gmail.com http://citizens4gigharbor.blogspot.com/
Give us a "like" on Facebook

Gig Harbor Mayor and 4 council seats up for re-election in 2017!
Posted by Unknown at 9:11 AM No comments:

Citizens for the Preservation of Gig Harbor﻿ ﻿ ﻿LLC C4GH: Citizens committed to making Gig Harbor better than we found it! JOIN US!!
Sign up for email: Citizensforgigharbor@gmail.com http://citizens4gigharbor.blogspot.com/ Give us a "like" on Facebook https://www.facebook.com/Citizens4GigHarbor
Mayor and 4 council seats up for re-election in 2017!
Posted by Unknown at 10:08 PM No comments:

In 2017 these seats are up for re-election:
Mayor Guernsey
Council members Arbenz,
Ekberg,
Payne,
Kadzik.